A little high-quality chocolate hidden in the toe of a Christmas stocking will always be a treat. Here are some stocking filler suggestions: 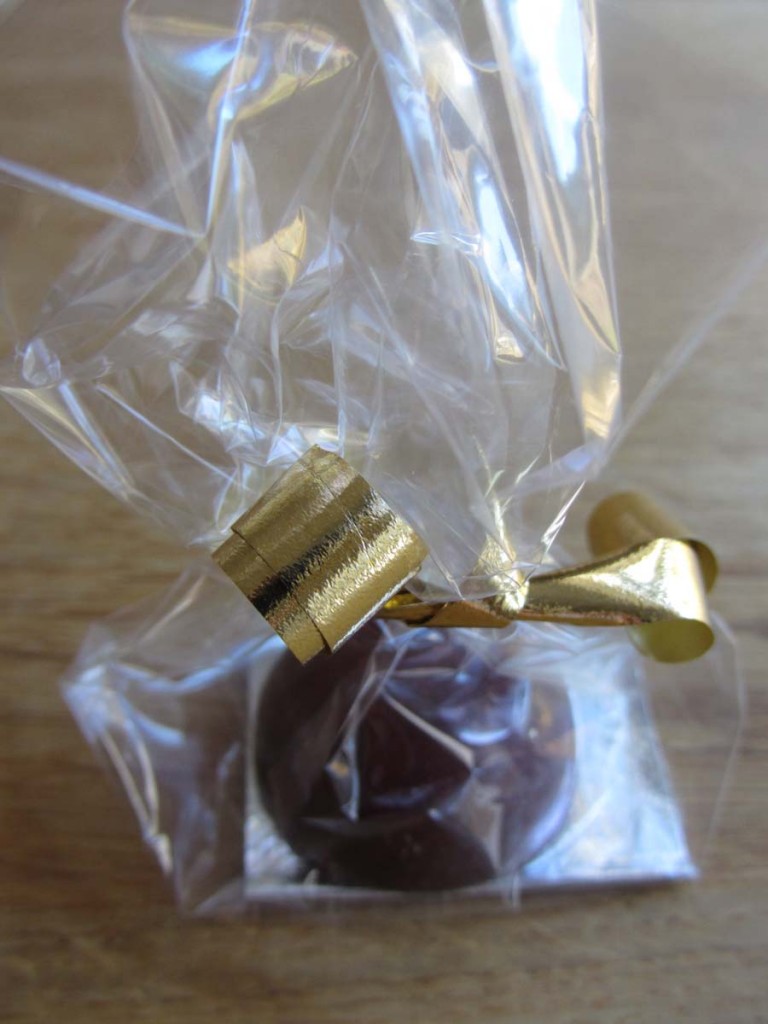 Paul Wayne Gregory Christmas Pudding Truffle
Appearance: a red-tinted half dome-shaped truffle, with a noticeable shine to the chocolate exterior.
Flavour and texture: The rich, smooth ganache filling melts deliciously and has a slow-burning, subtle Christmas pudding flavour, with nicely balanced spicing. The taste of Christmas in truffle form. 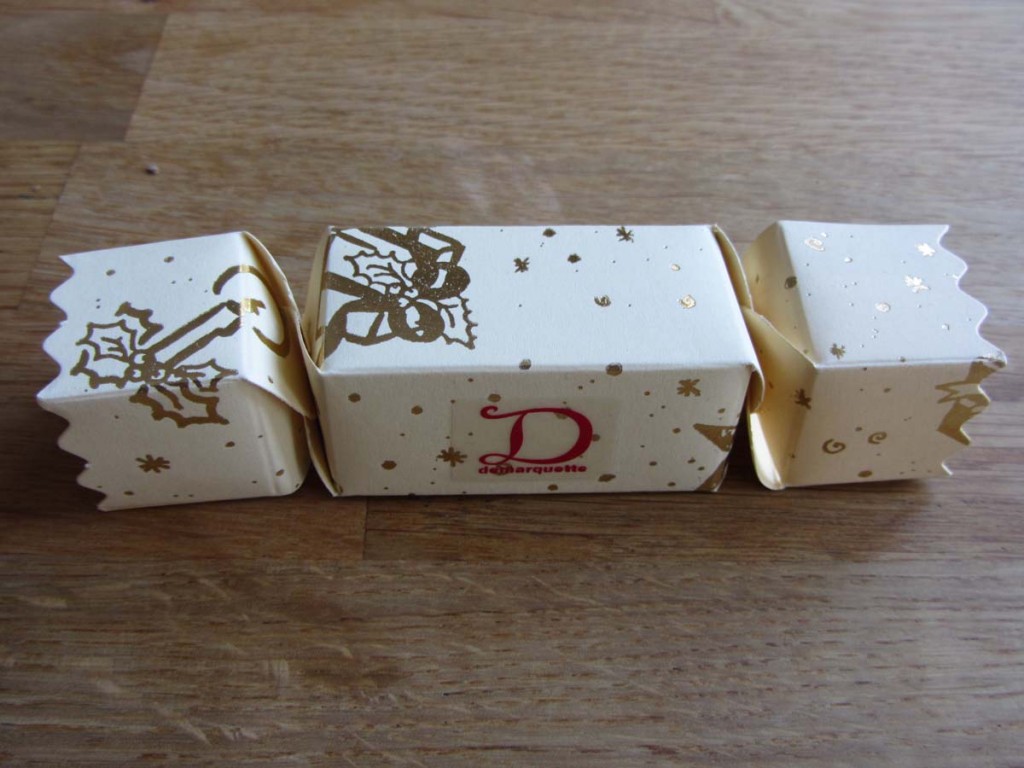 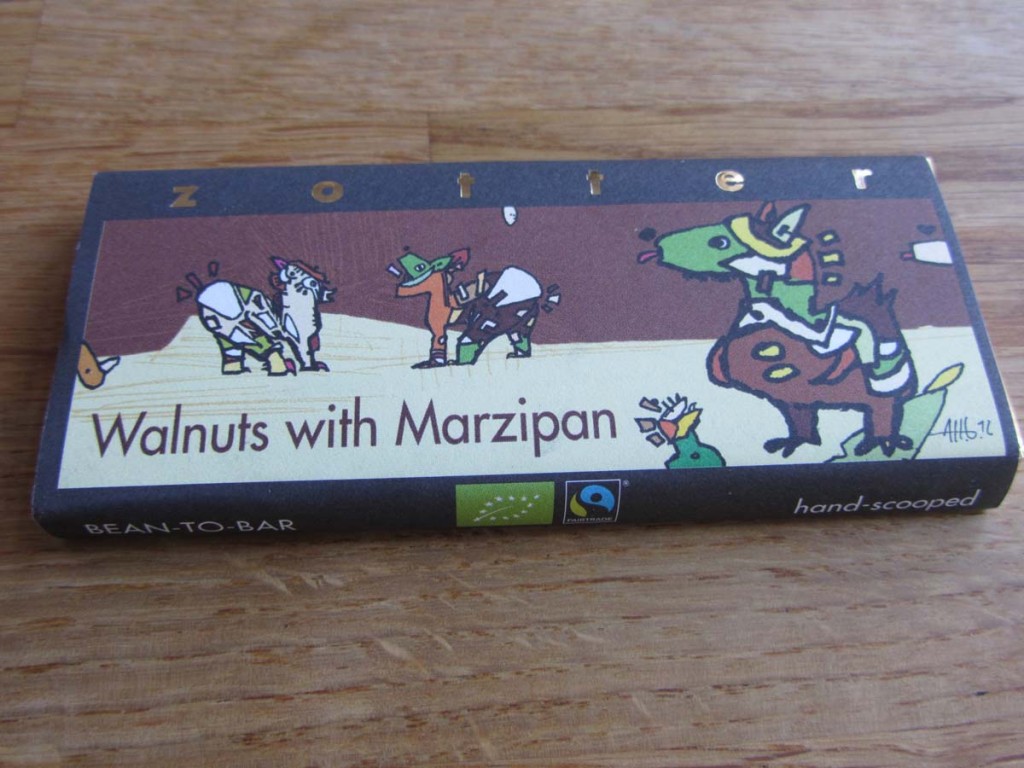 Zotter’s Walnut with Marzipan bar
Appearance: Full marks to Zotter for its inventive and appealing packaging for its bars. The bar wrapping features brightly coloured, hat-wearing creatures (llamas?!) against a nut-brown sky. The small, dark chocolate bar inside comes in one piece, unmarked by squares.
Flavour and texture: When sliced, the bar reveals two layers: a soft, moist marzipan layer and a walnut one, with a delicate crunchiness to it. The pronounced rum aroma is lived up to by the flavour, with rum dominating subtle marzipan and walnut notes. A pleasantly boozy bar. 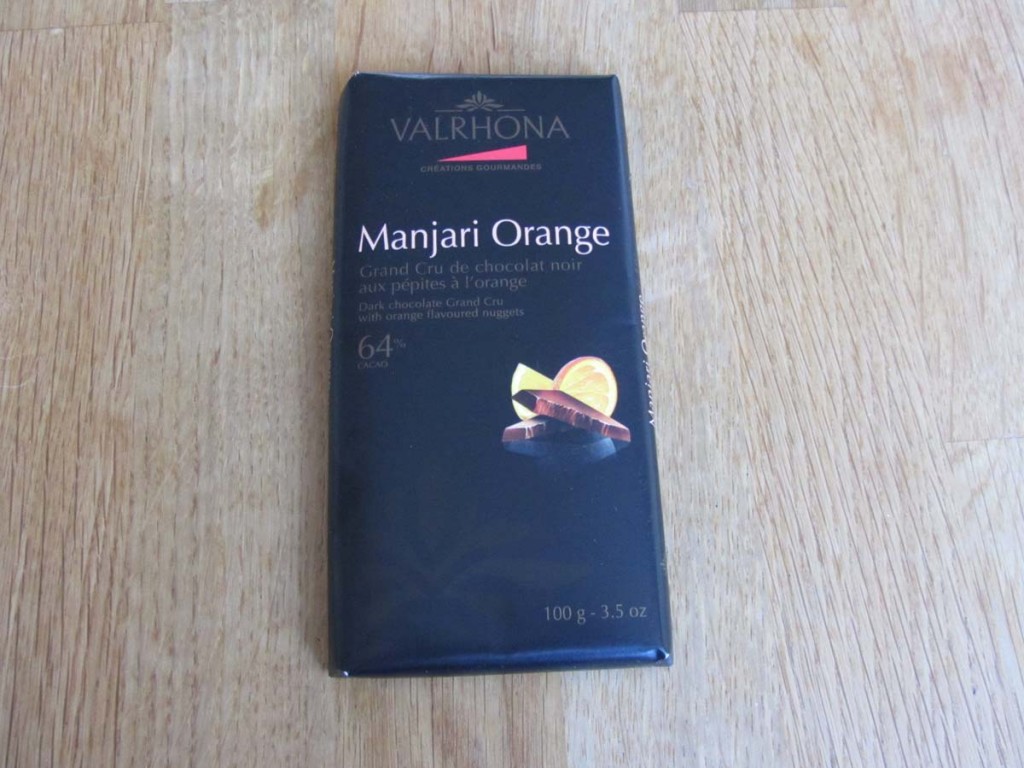 Valrhona Manjari Orange
Appearance: Wrapped in Valrhona’s classic black wrapping with only a small, spot-lit picture of orange slices next to pieces of chocolate as illustration this is an austerely striking bar.
Flavour and texture: On opening the bar there is a pronounced aroma of chocolate. The bar of 64% Grand Cru chocolate is divided into large squares, incised with diagonal lines. On biting the chocolate, one gets first a faint aroma of orange, then tastes the acidity of the Manjari chocolate (which is made from a blend of Trinitario and Criollo cacao), followed by extra citrus flavour as one bites into tiny nuggets of sugared orange peel. The natural acidity of the Manjari chocolate has been enhanced by its pairing with citrus. There’s a long, pleasantly tingly, acidic finish. A great, sophisticated take on that classic flavour combo of orange and chocolate. 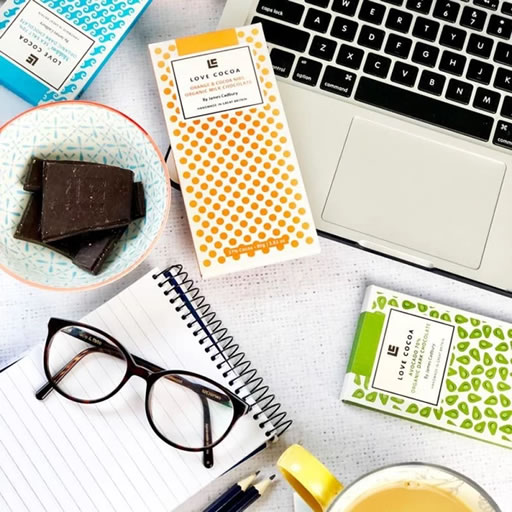