Skip to main content
Disclosure: Firetree kindly sent me a 65g Karkar Island Papua New Guinea dark chocolate bar free of charge for the purposes of a review. Firetree had no influence over the content on this page. My opinions are my own. This article may contain affiliate links (identified by a ° symbol). These financially support this website - and our chocolate research - at no extra cost to you. Find out more.

Chocolate with tasting notes of wild mushroom might not sound appealing, but when it's made by Firetree, the chances are it's going to be pretty interesting.

When I look for a dark chocolate bar, I like to sniff out notes of red fruit. I like something with a bit of character and life. I don't usually opt for woody dark chocolates and I steer clear of bars that boast notes of mushroom.

But Firetree challenged me to park my preconceptions to one side and try their 72% Karkar Island Papua New Guinea dark chocolate bar to see whether having mushroom qualities is necessarily a bad thing.

The distinctive Firetree packaging follows the same successful template as the Vanuatu and Guadalcanal bars I reviewed previously. A textbook example of sublime packaging, the glossy cardboard envelope simply invites you to hold and caress it.

Apart from the barcode on the rear, all the text is silver-foiled, so it glistens and gleams in the light. This is packaging that attracts and captivates, and feels very luxurious. It's certainly befitting for a £7 bar of chocolate.

Despite the tasting notes on the rear suggesting notes of walnut and wild mushroom, the colour scheme on the front curiously uses more floral shades of pinks and crisp whites. Perhaps browns and greys to represent the nuts and mushrooms just didn't look sophisticated enough?

Turning the box over, the text covers everything I want to see on a chocolate bar box. There's tasting notes so you've got an idea of what to expect, there's information about the origins of the bar, and there's a bit about what makes Firetree unique.

Beneath this is the nutritional information and ingredients list.

This vegan-friendly chocolate bar consists of 29% sugars. It's dairy-free and made in a no-nuts factory. It's suitable for Halal and Kosher diets.

This particular bar had long 18 month life on it, meaning I could tuck into small nibbles of it over an extended period of time.

I like to know more about my chocolate before I dive in, so had a nosey on the Firetree website, Wikipedia, and Google Maps. According to the chocolate maker, Kar Kar Island isn't so much an island but is instead a giant big volcano. At a smidgen over 15 miles in width, it's home to an active volcano that last erupted in the 1970s.

The fertile soil on the island is ideal for growing crops, including cacao on two family farms. The island sits on the northern fringe of Papua New Guinea, which itself is east of Indonesia and north of Queensland, Australia.

Inside the cardboard pouch is a film-lined paper wrapper, protecting the bar and keeping it fresh. The bar is deep and dark in colour, and uses the same undulating mould as previous bars I've tasted, creating a 10-piece pattern. The bar breaks nice and neatly easily into 20 pieces should you wish, with each break producing a clear 'snap'.

The aroma of this bar isn't shy. It wallops you heady smokey, earthy notes of molasses, augmented by a helping of Marmite notes along with nutty and woody notes for good measure. It's a distinctive aroma and unlike either of the two bars I reviewed previously.

On tasting, there's a rich cocoa flavour that bursts through immediately, followed by a smokey, mushroom earthiness - reminiscent of truffle in character - that builds into a crescendo. As it rises, more diverse notes come flooding in. I picked up walnuts, plums, vanilla, together with a touch of lemon and a hint of savoury meatiness right at the end. A creaminess coats the palate during this build-up, as does a sprinkling of sweetness, which cleverly mitigates any hint of bitterness while not overwhelming the overall flavour profile.

The flavour ends on a high, where the fuller picture becomes clear. The aftertaste is long and continues with the walnut notes complimented by hints of citrus.

Overall, this is a very distinctive chocolate bar that is very different to the Vanuatu and Guadalcanal bars I reviewed previously in terms of flavour, but similar in terms of style and experience. This is a characterful chocolate that dances around in your month. Sure, there are hints of mushroom and truffle in there but they are very enjoyable and work really well with the other notes.

Firetree tells me the clear and characterful tasting notes derive from the way the cocoa beans are dried. The majority of Papua New Guinea cocoa beans are smoke-dried, whereas Firetree has its beans solar-dried, delivering a full cacophony of flavour minus the smoke screen.

If you like your chocolate to take you on an interesting flavour journey, this one is definitely for you (and best try some of the other Firetree bars for good measure).

I wasn't sure I'd enjoy a chocolate bar that describes itself as having mushroom and truffle notes, but it really works. Rich, smokey, and characterful, this 72% Karkar Island Papua New Guinea Dark Chocolate bar is beautifully packaged and serves up an exciting flavour profile while being rich and indulgent. Bravo Firetree, bravo.

If you want to sample a selection of Firetree's bars, they've put together a seven bar set of mini 25g bars (£17.50). It's a good value way to try the range before committing to buying your favourites in larger 65g bars.

If you're looking for a birthday or Christmas gift, then it's the 7 Bar Gift Box (£45) you need to see.

Also, make sure you check out Firetree's subscription box service, especially if you crave exciting volcanic chocolate bars on tap.

Have you tasted this bar of Firetree chocolate? What did you think? Let me know in the comments below. 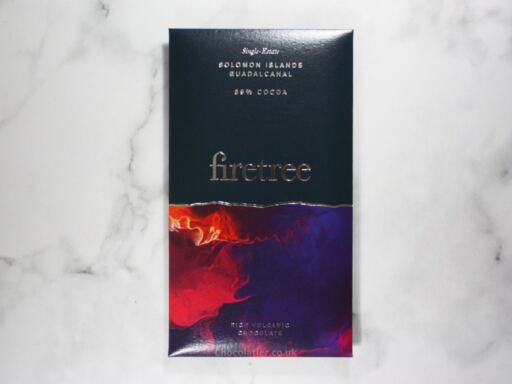 Earlier this year, I had my first taste of volcanic chocolate. The tasting was a multi-sensory experience, and I was hugely impressed by the complex depth of flavour and the presentation of this chocolate bar. Keen to show me the... 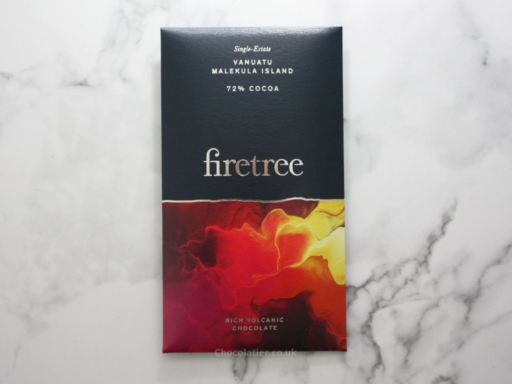 Firetree is a brand that has appeared on my chocolate radar more and more in recent months. It sources its premium cocoa directly from farmers on remote oceanic islands where the volcanic terroir shapes the flavour of the beans, and... 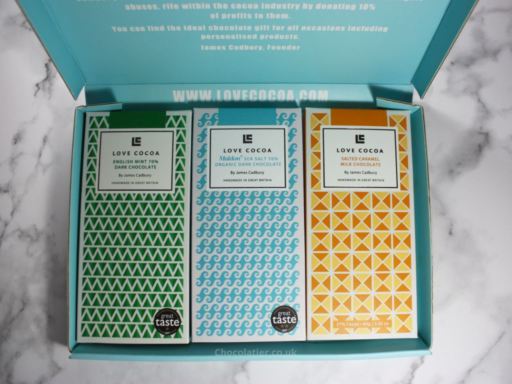 The 45 Best Chocolate Subscription Boxes For 2022

"Life is like a box of chocolates," proclaimed Tom Hanks' character in the hit 1994 movie, Forrest Gump. And thanks to a recent boom in subscription services, you can now fill your life with many boxes of chocolates. Simply join...

The 45 Best Chocolate Subscription Boxes For 2022