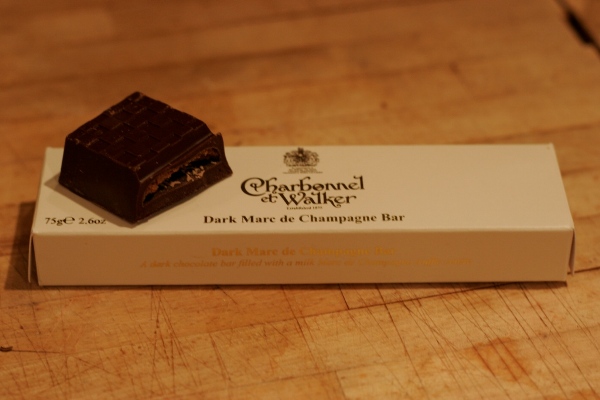 I'm not the biggest fan of dark chocolate. I like smooth, milky and creamy, so picking up a Dark Marc de Champagne Bar in Charbonnel et Walker was probably a strange choice. But I had already bought the pink champagne truffles, so that ruled out that variation. And I was swindled by the packaging. In what world does a dark chocolate bar go in a white box? That's just cheating. I didn't realise that I was buying dark and while the chocolate does get the thumbs up, £3.99 is a lot to spend on a bar that you know you'll like less once you've got out of the shop and opened it to eat walking down the street in the rain.

The bar itself is super sexy. The chocolate is so much shinier than the milk variety I usually prefer. It's snappier too. It makes that nice noise. With four chunky bites (yes maths fans, that's £1 a chunk) in each bar, it's a substantial chocolate bar even though it's pricey. The chocolate is good - rich without being bitter. The champagne filling is tasty, although it doesn't feel quite as luxurious as the truffles.

The problem? For me, the two don't work together. The chocolate is too strong, the filling too delicate. It's not even that the chocolate overpowers the filling (although it does). I wouldn't drink bubbly and eat dark chocolate at the same time. The two just aren't happy bedfellows. I just ate another piece and nibbled the chocolate from around it, then ate the filling at the end. It still didn't work - the chocolate just doesn't want to make friends with the champagne bit. And that's the best bit.

I like the bar. I think the design is lovely. There's no doubting the chocolate is good quality but this one misses the mark for me. 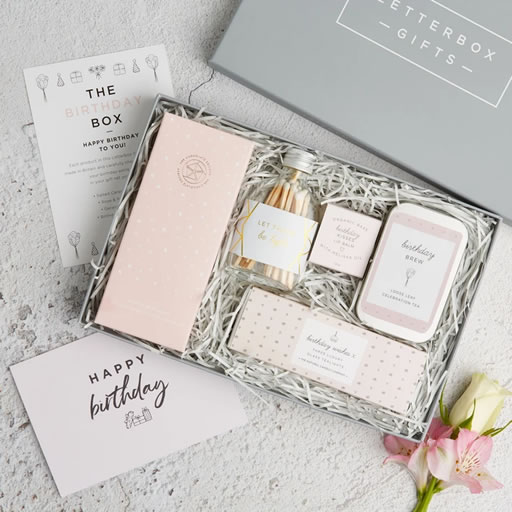