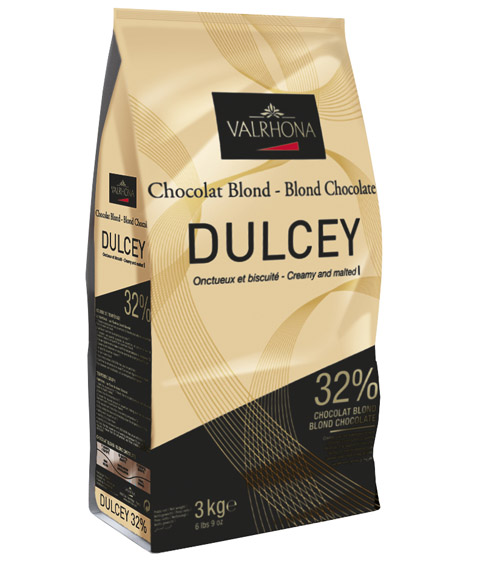 Founded in 1922, Valrhona, the renowned French chocolate company, continues to innovate. To celebrate its 90th anniversary, September 11th, 2012 saw Valrhona launch its new creation - ‘Dulcey chocolate’ – to an audience of assorted pastry chefs, media and people from the chocolate world at the Berkeley Hotel, London.

The story of how Dulcey was created is the story of a ‘happy accident’, so, as with France’s tarte tatin, a culinary ‘mistake’ which leads to a delicious discovery. Eight years ago at Valrhona’s Ecole du Grand Chocolat, Pastry Chef Frederic Bau accidentally left some Ivoire (white) chocolate gently heating in a bain-marie. Several hours later, when Bau discovered the ‘forgotten’ chocolate, it had changed in colour and in flavour. “He discovered something very exceptional,” says Diane Lefrancois, Valrhona’s Communications Manager, “the smell was amazing, the colour was new – blond – the taste was fabulous.”

Bau showed his discovery to his manager and Valrhona’s engineers and it was decided to add this new creation to the Valrhona range. Bringing this new chocolate to market, however, has been a lengthy process as producing it on a large scale proved technically challenging. “Valrhona took eight long years to develop the blond chocolate, Dulcey, inspired by the idea of Frederic Bau,” explains LeFrancois. For Marie Van Branteghem, Valrhona’s UK and Ireland Sales Manager, having this new product is “very exciting. It’s a unique product, as Valrhona invented it. You feel as if you’re taking part in an adventure.”

In terms of flavour, Dulcey, which is, in effect, caramelised white chocolate, is a noticeably sweet and mild. At the Berkeley launch it was showcased in a selection of treats for the audience to sample, from Dulcey Chocolate Tart in hazelnut shortbread pastry to Dulcey-coated macadamia nuts. When it comes to using it in patisserie and desserts, Andrew Gravett, Valrhona’s Pastry Chef for the UK, recommends “adding an acidity, because it’s sweet. Fruity acidity is always a good blend with it. But where white chocolate can be very sweet, because Dulcey is a caramelised white chocolate that process cuts the sweetness.

It works well with nuts and also with dark chocolate. It’s fun to work with something new and I’ve enjoyed seeing what it can do and can’t do. People are used to dark, milk and white chocolate, now we have this as well. It’s a different colour and so for presentation you now have four colours to play with.” Martin Chiffers, Executive Pastry Chef of The Savoy, is looking forward to using Dulcey. “It’s a new ingredient that we can use, that we can develop desserts with. I use Valrhona at the Savoy. I’ve used Valrhona for 20 years and they’ve been very supportive of me as a pastry chef.” For Valrhona, explains Lefrancois, “our work is to enhance and to support all the work of the professional gastronomy. It’s very important for our professional customers to create new creations, to add to the world of flavours.” 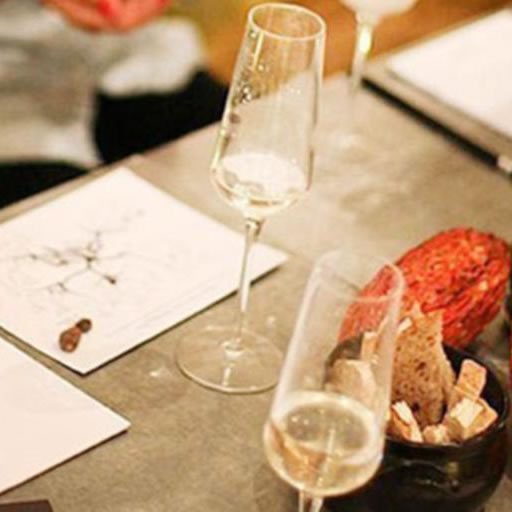