I'm a big cruise ship fan, and first heard about the Venchi 1878 brand in the build-up to the launch of MSC Cruises' high-tech MSC Seaside cruise ship. Here, the Italian chocolate maker's products took centre stage in the Venchi 1878 Chocolate Bar, set against a backdrop of a curtain of molten chocolate.

This clip from Blog Dos Cruzeiros demonstrates it perfectly.

On a trip to London, I discovered there was a branch of Venchi 1878 nestled away inside Covent Garden. With opening hours running to as late as 11pm, it was the perfect venue for my late night chocolate shopping in the capital.

If you are unfamiliar with Covent Garden, it's an affluent part of town, styled as an Italian-style Piazza and home to high-end fashion stores, award-winning restaurants, and theatres. The historic Covent Garden Market Building opened in 1830 and is home to a selection of shops - most notably for us chocolate lovers, these include Godiva, Hotel Chocolat and Venchi 1878.

Upon first glance, the boutique looked cosy, with a gelato counter doing a brisk trade. There was a shelf of chocolate boxes to one side, along with a small selection of pick-and-mix chocolates, but otherwise, the main focus of the shop appeared to be the retail of wafer cones topped with cool Italian gelato.

I crept downstairs and discovered another world - a space entirely devoted to pick-and-mix chocolates. If you remember the excitement of 'Pick & Mix' from Woolworths in the 1990s, this is the next best thing for adults!

I sought recommendations from a store assistant, who invited me to try a sample. The stifling heat downstairs - even in October - meant that the chocolate had melted to the paper wrapper. Not a great start, but I decided to buy a small selection to review as I enjoyed the flavour of my sample.

The smallest bag was 36cm in length, perhaps designed to encourage customers to liberally fill it. If you're thinking of giving this as a gift, be warned as eight chocolates inside such a bag looks pathetic. You'll need at least 20-30 chocolates to make it look more acceptable.

I deliberately chose a varied assortment - based on shapes, packaging, flavours, and ingredients - to cover all bases, so ended up with:

This speckled two-tone chocolate featured a layer of coffee-flecked chocolate atop a milk chocolate base, with a hidden disc of dark chocolate tucked away in the centre.

The aroma was unmistakably that of coffee, and a creamy one at that. There was a slight bitter edge to the coffee but it seemed to pair well with the creaminess in the scent.

Upon tasting, the coffee notes rushed in first, along with a helping of grittiness from the ground coffee within the chocolate. The coffee wasn't overpowering, letting the creamy milk chocolate do its thing by adding sweetness and a creaminess that worked very well. The dark chocolate disc added a gentle bitter tone mid-way, much in the way that you get with the cocoa powder on the top of a cup of cappuccino. A very tasty bite that was sadly over in a flash, but nevertheless, it was a very good start to my selection.

This square of 75% dark chocolate contained no added sugar, sweetened instead by maltitol, a sugar alcohol used as a sugar substitute. The Venchi website warned of a laxative effect if too many were consumed in a single serving...

This one took a while before any flavour developed, and even then, it was bland and flat. A gentle hit of bitterness was followed by an almost-creamy sweetness which led to the finish. The sweetness remained in the aftertaste, long after the bitterness had curtailed. Throughout though, there was a distinct lack of cacao character - it tasted like dark chocolate but had little defined character.

The aroma was very rich and creamy, although, perhaps unsurprisingly, not very sweet. The bar had a two-tone finish, with shiny chocolate around the base and a matt finish on the domes. Several air bubbles spoilt the otherwise clean appearance.

The whole hazelnut added crunch and flavour, that paired well with the milk chocolate. I found the chocolate creamy yet overly sweet. It had an almost-astringent aftertaste and finished on a very sweet note. Thankfully, the roasted hazelnut flavour helped to tone it down a bit.

Here, a layer of white chocolate was sandwiched between two layers of milk gianduja, resulting in a very soft chocolate. This bite oozed history as it was made to the original 1878 recipe so was a nod to where it all began for Venchi.

Hazelnut and milk chocolate are best friends and that was certainly the case here. The aroma was similar to the best chocolate hazelnut spread you could imagine. On tasting, the hazelnut flavour dominated, with chocolate playing a secondary role by adding creaminess and sweetness.

Honestly, the white chocolate was lost against the milk chocolate and hazelnuts but I was okay with that. This chocolate was very rich, unmistakably all about the hazelnuts, and incredibly satisfying. This one was definitely an indulgent sweet treat and one I'd gladly savour over and over again, ideally alongside a fine cup of Italian coffee.

This was a large bite and certainly looked very different. The aroma was that of a bitter dark chocolate that was mildly smokey in nature. the double-depth shell took effort to pierce, releasing a soft-yet-thick, creamy caramel centre.

The dense, creamy caramel added a lot of sweetness but even so, wasn't enough to balance the bitterness from the dark chocolate, and it was this quality that lingered into the aftertaste. Disappointingly, the overall flavour failed to conjure up visions of Crème Brulée in my head.

At 85% cocoa content, I expected this to be quite dark and bitter. Venchi reckoned it ought to exhibit an "intense and overwhelming bouquet with slightly toasted, peaty nuances."

Indeed, its aroma was forcibly strong, with boisterous smokey, earthy notes emanating from the diminutive cube. The high cocoa content lead to a dry taste, with the smokey notes dominant most of all.

It was bitter and intense, but very little flavour got beyond the smokey front. It is a chocolate that will divide opinion - for some it will be too bitter and too complex to enjoy while others will enjoy its smokiness. Personally, I'd have liked to see a less bitter or more flavourful cocoa used in this recipe.

This followed neatly on from the Cremino 1878, in that it was another soft chocolate still produced to the original recipe, that contained a 32% minimum of fine Piedmont hazelnut paste.

Like the Cremino 1878, the Gianduiotto offered up a rich, creamy, nutty aroma and was incredibly soft to bite into, bordering almost on a paste in texture. The flavour of roasted hazelnuts sat at the forefront, with a rush of creaminess and sweetness close behind.

Little flavour was released by the cocoa in the recipe but I was happy with that, as the creaminess, sweetness, and fattiness that was there all helped to elevate the hazelnut taste. The comforting flavour of the Piedmont hazelnuts remained long into the aftertaste. Delizioso!

I couldn't find the ingredients list or the nutritional information for this chocolate on the Venchi website, although the circular form now looks to now be replaced with a cube version of the same thing.

Here sat three layers of coffee paste, mascarpone cream, and extra-dark cocoa, all representing the classic Italian dessert, tiramisù. I love the pudding but how did this tri-toned chocolate compare?

A strong, bitter coffee fragrance lead in the aroma, with a hint of chocolate and creaminess behind it. The chocolate had quite a soft bite to it, and immediately the coffee sat in centre stage. It was an earthy, bitter coffee flavour that dominated until toward the end when a rush of creaminess kicked in.

Right at the very end there was a sudden glimmer of the bitter dark chocolate. The aftertaste was dominated by the bitter edge of both the coffee and chocolate, each putting up a good fight for supremacy. Overall, this chocolate sat on the bitter side of things and while the flavour was bold and punchy, I'm not sure I would have identified this as 'tiramisù' in a blind taste test.

Overall, I felt this was a very mixed bag of chocolates - literally. Some chocolates, such as the beautifully-packaged Cremino 1878 or the Gianduiotto, were absolutely delicious. Others, such as the Cubotto Chocaviar Crème Brulée or Tiramisù Dark Chocolate, showed so much promise but failed to reveal the flavours I had hoped to taste. I'm also not a fan of the Chocolight variant, although completely understand that this is aimed at a niche segment of the chocolate market.

An interesting selection of chocolates, weighted perhaps more towards hazelnuts and coffee. Some flavours were absolutely divine while others were pleasant enough but perhaps not worth the premium I paid.

Should you fancy giving Venchi 1878 chocolates a go, you can buy their assorted chocolates via their website. For the true pick-and-mix experience, you'll need to head to Covent Garden in the capital.

Disclosure: I purchased 108g of assorted chocolates from Venchi 1878 for £7.34. I was not asked for a review. My opinions are my own. 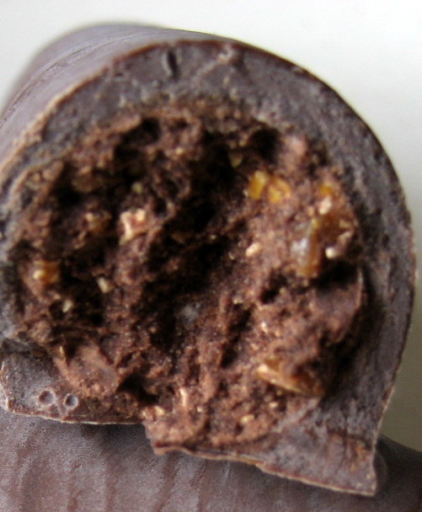 Made in Italy by Venchi chocolatiers, these chocolate cigars have been modelled on the Cuban smoke and are very realistic indeed. Tightly-rolled bundles with a red and gold tag which immediately gives an impression of class. These are novelty items... 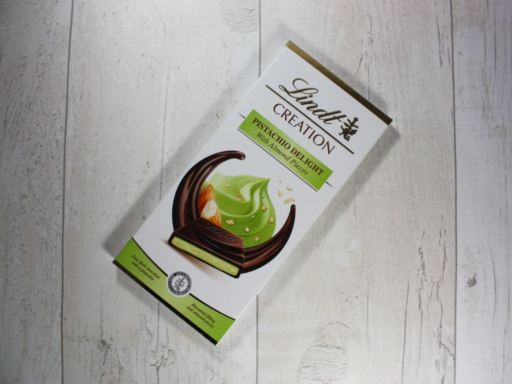 Pistachios. They're a delight in ice cream, halva, biscotti, mortadella, and, of course, baklava. So it's fair to say, mortadella aside, that pistachios were born to be incorporated into sweet products. Chocolate and pistachios makes perfect sense, and some producers... 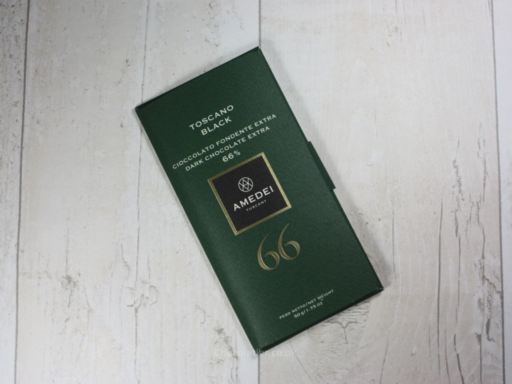 My treat today hails from a small Italian chocolate producer from Pontedera near Pisa in Tuscany. The Amadei Toscano Black 66% bar is a dark temptation slipped inside a royal green cardboard sleeve. Christmas has been and gone, but this is... 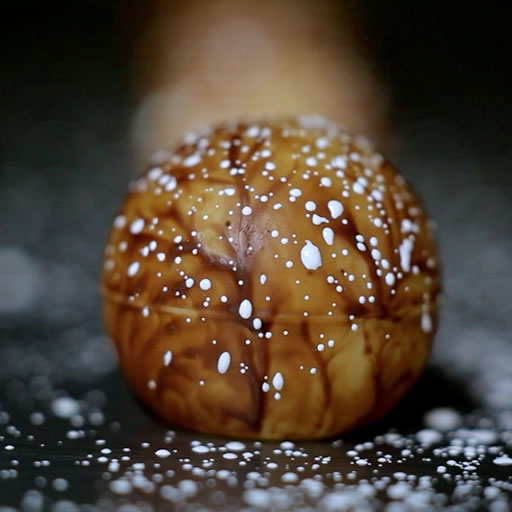