As you know, dark chocolate and cherry are best of friends. It's one of my favourite flavour combinations, and one of life's greatest puddings, the Black Forest Gateaux (based on Germany's Schwarzwälder Kirschtorte), relies on this legendary double act.

While in London, I found this vegan snack-sized bar by Vivani, a brand that was unfamiliar to me. But the packaging spoke to me, and the price point at just over £1 for 35g, sold it to me.

When I got back home, I started digging. Vivani is a German chocolate brand by Ecofinia, born at the turn of the millennium by baker Andreas Meyer. It started life as a small business but now sells its organic products to over 50 countries worldwide.

Their website lists a large selection of tempting chocolate bars in beautiful packaging, and art is important to the brand - its strapline is "the art of chocolate" after all. Vivani employs the services of artists Annette Wessel and Aziz El Khiar to create the bespoke designs for their wrappers.

Despite its tiny size, my 35g bar still boasted a delightful piece of artwork, based around red cherry graphics, set against a black backdrop.

The front of the packaging displayed the "Bio" mark which signified it contained organic ingredients. It also bore the vegan label.

This 35g bar was a single serving, although it could be eked out to two sittings if you are very disciplined. It might not look like it at first glance, but upon tasting the rich chocolate, I found it easy to enjoy just a couple of pieces at a time.

On the reverse, the ingredients list was in German and English.

There was no nutritional information on the wrapper, but the Vivani website confirmed this bar had a sugar content of around 37.6%. All of the ingredients in this bar came from organic sources.

Underneath the paper wrapper lay a long, thin, six-segment chocolate bar, sheathed in a thin clear plastic film. Each of the segments featured a two-tone design, with a triangle of textured chocolate adjacent to a triangle of smooth chocolate.

The face of the bar exhibited a shine but not a dazzling gloss. The underneath was a rough texture, thanks to a generous helping of so-called "sour cherry chips".

The initial aroma was dominated by the sour cherry notes, accented by a slight smokiness from the chocolate. A good clean snap revealed the inclusion of cherry pieces liberally mixed in with the chocolate, with the exception of the very top of the bar, presumably to yield a clean finish on the face of the bar.

The smooth, rich dark chocolate dominated the taste to begin with. The chocolate was slow to melt and served up a mild bitterness alongside a very slight smokiness. Before it had a chance to deliver more flavour, the sharp fragments of sour cherries hijacked the taste, with a notable intensity. The hits of sourness were closely followed by rushes of red cherry flavour.

The chocolate flavour sat quietly underneath with a gentle earthy hum as the tangy cherry chips exploded like fireworks, one after the other. This helped to ground an otherwise tart flavour.

Into the aftertaste, there was a noticeable sweetness that lingered, alongside a creaminess, with just a hint of the smokey chocolate. The sourness and flavour from the cherries all but vanished as soon as the chocolate was swallowed.

Overall, this vegan chocolate bar had a pleasant flavour, but it didn't match up with my notion of how 'black cherry chocolate' should taste. The chocolate, while smokey and mildly bitter, could have been traded for a more characterful cocoa that better stood up against the tartness from the cherry chips. That said, it was a very good sour cherry chocolate bar.

Personally, I would have branded this bar the Vivani 62% Sour Cherry Dark Chocolate Bar, as that better described the flavour - less black cherry and more tangy red cherry.

More sour red cherry than rich black cherry, this vegan, organic dark chocolate bar was enjoyable, but could have benefited from a more lively dark chocolate to better contrast the vibrancy of the red fruit. It was very enjoyable nevertheless, and packaged as a handy snack size too.

The Vivani 62% Black Cherry Dark Chocolate bar is available in the 35g size individually from Planet Organic° and Healthy Supplies, and is available in a bulk pack on Amazon°. The 35g bars are priced at €1 each in Europe but typically sell in the UK for around £1.20 a bar.

Have you tried any of Vivani's chocolates? Share your thoughts in the comments below.

Disclosure: I purchased a Vivani 62% Black Cherry Dark Chocolate bar (35g) from Whole Foods Market for £1.09. I was not asked for a review. My opinions are my own. 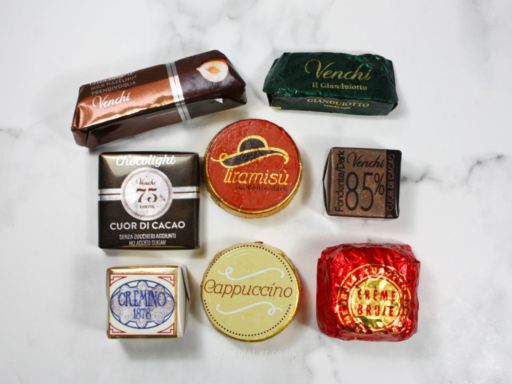 I'm a big cruise ship fan, and first heard about the Venchi 1878 brand in the build-up to the launch of MSC Cruises' high-tech MSC Seaside cruise ship. Here, the Italian chocolate maker's products took centre stage in the Venchi... 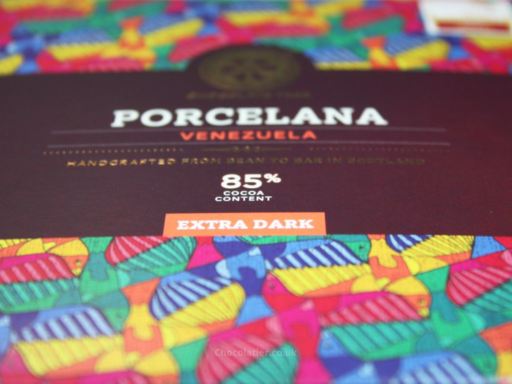 Of all the meetings I had at the foodie show in London last year, it was my discussion with Alastair Gower of Scotland's Chocolate Tree that had the most impact. His enthusiasm for fine chocolate was infectious, and his attitude... 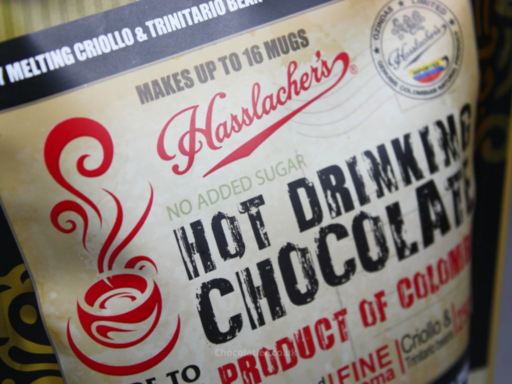 Around a year ago, I stumbled across a new brand of hot chocolate in Sainsbury's I hadn't come across before: Hasslacher's. The 250g bag of hot chocolate beads stood out on the shelf, not only because of its packaging design...