Skip to main content
Disclosure: Tony's Chocolonely kindly sent me a 180g bar of Sea Salted Almond 51% Dark Chocolate free of charge for the purposes of a review. Tony's Chocolonely had no influence over the content on this page. My opinions are my own. This article may contain affiliate links (identified by a ° symbol). These financially support this website - and our chocolate research - at no extra cost to you. Find out more.

I remember the UK & Ireland launch of Dutch bestselling brand Tony's Chocolonely as if it were yesterday. It involved a giant red chocolate bar mascot traipsing around London appearing in photos on red double decker buses and on the Tube. Suddenly my social feeds were awash with rave reviews of Tony's chocolate bars.

The brand seeks to use cocoa that is free of child labour and slavery. According to its website, Tony's Chocolonely believes the root of this evil is the pittance the chocolate giants pay farmers for their crop, forcing farmers to live in poverty. Through its branding and marketing, the company seeks to raise awareness of slavery in global chocolate supply chains, forcing the industry to clean up its act for good.

Fast forward to the Speciality & Fine Food Fair 2019 and I got talking to the team about the launch. I also nibbled on a few varieties before receiving a chunky 180g bar of Tony's Chocolonely Sea Salted Almond 51% Dark Chocolate to enjoy back home.

Everything about this bar of chocolate shouts 'disruptor,' from the loud packaging to the chunky size and unconventional mould. That's because the Tony's Chocolonely brand is attempting to differentiate itself on ethical standards. You can't deny, this chocolate bar stands out on the shelves against the competition.

The weighty bar sits inside a bright green paper wrapper. As like the rest of the range, the 'Tony's Chocolonely' branding is the first thing you notice as it's printed in giant text on the front of the bar. A 'together we can make chocolate 100% slave free" badge appears to the left, while a discreet "51% dark chocolate almond sea salt" banner sits to the right.

The sugar content of this bar sits at 41.5%. The bar is produced in Belgium using Fairtrade cocoa mass, sugar, and cocoa butter. It's marked as suitable for vegetarians and vegans, although it's made in a facility that also handles nuts, milk, eggs and gluten.

Peel back the wrapper and you'll find more about the brand's mission printed inside.

Interestingly too, their website reckons this particular chocolate bar uses 133 cocoa beans in its production.

Clearly, the first thing to note about this bar is its chunky size. At 180g, it's nearly twice as heavy as many standard supermarket chocolate bars. It's certainly a weighty handful.

The other obvious feature of this bar is its quirky mould. It has been designed to make a statement about the unequal nature of the cocoa trading market so the bar isn't divided into neat and uniform segments - instead it undulates, depicting peaks and troughs in unequal, irregular shapes.

The Tony's Chocolonely logo features to the right of the mould, with their 'broken chain' emblem to the left. While the bar certainly makes a statement, it's a right pain to divide up, made worse by its double-depth thickness. But again, that's the brand's intention by demonstrating in a very practical sense the real and difficult issues the brand tries to tackle.

My bar, wrapped in gold foil, was largely unblemished, although the chocolate had started to bloom in a couple of places - around several of the almonds as far as I could tell. The unusual nature of the mould meant it was littered with air bubbles on the surface, which was most noticeable around the Tony's logo.

The aroma was rich, dark, and bitter yet full of hints of coconut and cream. The nuttiness of the almonds helped introduce a bread-like quality to the aroma.

When you do eventually manage to crumble off a chunk, you're presented with a nice snap. On tasting, the chocolate is quick to melt, yielding gentle flavours. The chocolate has quite a neutral flavour profile, with nothing in particular leaping out. It could be that the quantity of almonds in this bar mask the chocolate's nutty qualities, or that the crystals of sea salt distract my taste buds.

There's a slight bitterness to the chocolate yet there's also an intense sweetness to the bar.

Into the aftertaste, there's a faint almond flavour that lingers, punctuated by the occasional burst of sea salt crystal that stuck around.

I'm not a fan of salt in chocolate but found the balance to be pleasing here. Just enough to add an effect but not too much so as to distract from the almonds and chocoalte.

This is a bar of chocolate that's easily consumed in a sitting in front of the telly, and kids will wolf this one down. It boasts a rounded 'chocolatey' taste that's mildly bitter, but sweet enough to balance this out, plus you've got the added crunch of almonds and occasional pops of sea salt crystals.

A thick, chunky bar that's loaded with almonds and a hint of sea salt. The mould used is as difficult to break as the chocolate industry's addiction to rock-bottom cheap cocoa, and this bar of chocolate helps to highlight a very serious issue in a tasty way.

Overall, I enjoyed my first dip into the world of Tony's Chocolonely chocolate bars. From a chocolate reviewer perspective, I wish I could taste more of the properties of the chocolate itself. But from a consumer perspective, this is a bar of well-rounded chocolate that contains more almonds than you can shake a stick at, with the playful twist of a sprinkling of sea salt flakes. Chocolate connoisseurs might be disappointed, but if you're looking for a chunky chocolate bar to nibble on for movie night, this will go down a treat.

You can buy the Sea Salted Almond Dark Chocolate bar on the Tony's Chocolonely website (£3.98). It's also available on Amazon here° and from Babipur (£3.50).

Have you tried any of the Tony's Chocolonely bars? Do you have a favourite? Let me know in the comments below. 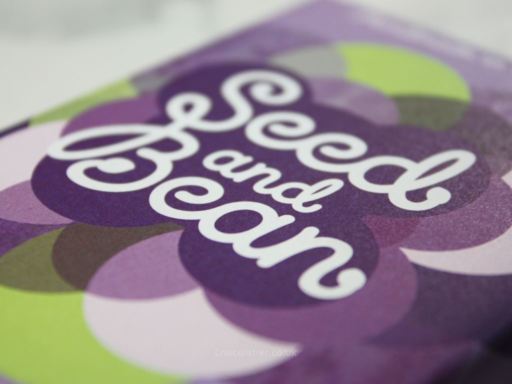 As I raided my chocolate box, I discovered a bar of chocolate I'd bought to review squirrelled away at the bottom. It was a bar of 72% extra dark chocolate by Seed and Bean from before they redesigned their packaging.... 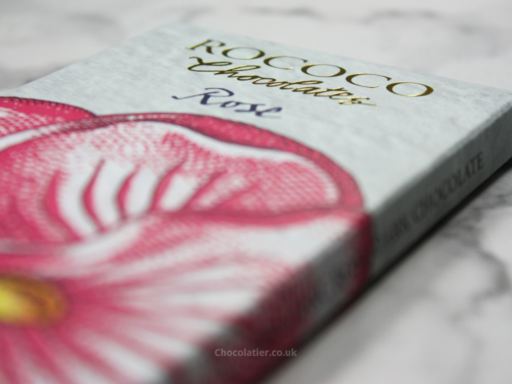 I'd wanted to try a bar of Rococo chocolate for some time now, and picked up a bar on my last visit to the capital. Previous contributors to Chocolatier.co.uk have waxed lyrical about their handmade chocolate bars. They've pawed through... 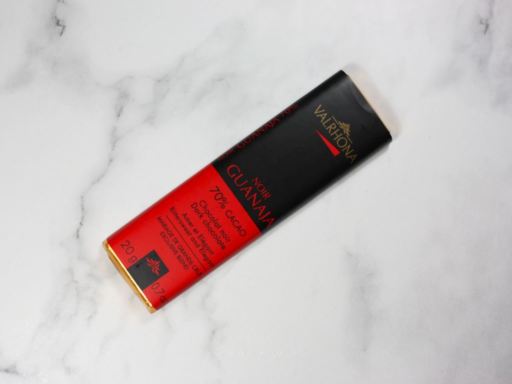 Last year I reviewed the Valrhona Lait Jivara 40% Tasting Bar, a bite-size bar of chocolate ideal as a treat. Back then, I craved more of the flavour of cocoa to come through. Fast forward to today and I've got... 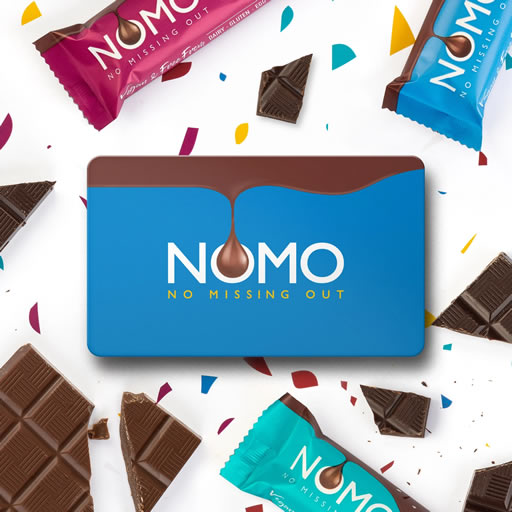