Vigorous and humorous (and with the firmest handshake I have ever encountered), acclaimed Danish chef and restaurateur Rasmus Bo Bojesen, creator of Oialla chocolate, radiates energy and drive, reminding me irresistibly of an Arctic explorer, the sort of man who would lead his team into danger but get them all back home safe and sound. This analogy, it turns out, is rather appropriate as, on his quest to create pure chocolate, Bojesen has indeed undertaken several journeys, both physical and mental, including a number of expeditions deep into the Bolivian jungle.

Bojesen’s interest in chocolate is longstanding. “As a young chef apprentice I was always asking questions and one of them was’ how do you make chocolate?’ I’ve been working with chocolate ever since. I started making ganaches and have moved more and more backwards towards the chocolate itself. Now I have my own ‘bean to bar’ chocolate, but that wasn’t a concept I knew about before I started.”

Two years ago when Bojesen was thinking of making his own chocolate, he was set the challenge of making organic chocolate by his wife Pernilla. Bojesen set about researching where he would find wild cocoa trees and was advised by an expert that Bolivia would be worth investigating. “Three weeks later, I was off to Bolivia,” declares Bojesen, “I knew I wanted to find wild cocoa beans in Boliva but didn’t have a clue how!”

A meeting with Bolivian Marcela Baldivieso who worked with wild cocoa harvesters offered an opportunity. A second trip to Bolivia saw Bojesen heading out into the jungle to meet Marcella’s husband David Vacaflores,  “a cross between Crocodile Dundee and Obama” who worked with the local community harvesting wild cocoa . Travelling deep into the Amazonian jungle, a long and arduous journey, was a new and vivid experience for him. “When you are in the jungle it is wild,” he emphasises. “There are jaguars, there are crocodiles, snakes, insects; it is dangerous. It is hot and sticky and there are four billion mosquitoes.”

It was in this jungle that Bojesen saw for himself the wild cocoa trees and tasted the dry fermented cocoa beans harvested from them; a revelatory moment. “I’d tasted lots of fermented dried cocoa beans before, but it was the first time that I tasted a cocoa bean which before it was roasted had the flavour of chocolate. I was hooked because I thought wow, no acidity, no bitterness, a lot of fruit, chocolate flavour before it’s roasted – let’s go for it! I though with that bean, I could make some remarkable chocolate.”

Discovering this potential source of “fantastic” wild criollo beans was the beginning of a long process. Ensuring the quality of the cocoa was key to Bojesen, who returned to the Bolivian jungle this time bringing with him an expert in cocoa fermentation. “The average time for fermenting out there was five to six days, but through tasting we realised that the optimum time was actually three days. To explain to the local people that they had to do the fermenting in a different way from the way they’d been doing it for generations, that was not an easy job,” reflects Bojesen thoughtfully.

The social responsibility element of working with the local people, which included ensuring that no child labour is used to gather the cocoa beans, had to be put in place. “If you don’t have the social part, then you don’t have the beans.” Working with David Vacaflores here is important. “We pay them a really good price and David is the motivating factor for them. He does radio programmes once a week where he explains to the villagers why and how they’re doing.” The logistics involved are formidable. “During the rainy season it’s actually an area of 36 islands, it’s water, water, water, so you can’t just take a truck around to collect the beans.” The villagers go out to the islands and stay on them for days, picking the beans and fermenting them, then returning to the mother village with their precious harvest.

Having sourced the beans and adjusted the fermentation times, Bojesen then set out to create his chocolate. “My target was to make completely pure chocolate just using the beans and organic cane sugar, without lecithin, without vanilla. Whereas a normal bean has 49-53% cocoa butter, this bean has between 62-64% cocoa butter. Working with this flavour – no acidity and a lot of fruitiness – it was a new area for me. I’ve been working with food all my life, ever since I was kicked out of school when I was 17 years old, my work is all about taste, and this year where I worked to come up with the right recipe to make this chocolate was really a challenge.”

What does he feel about the final result of all this hard work? “I feel damn proud!” he declares. Because he was working with a “small amount”  of cocoa beans (15 tonnes), this is “chocolate for a few”, served in Bojesen’s Danish restaurants and sold in Harvey Nichols in the UK and in New York. “When I perfected the recipe for Oialla, I thought here we are now, home safe, job done, but now I have to sell it,” he laughs.

Having ventured deep into the Bolivian jungle, Bojesen is now exploring the world of the chocolate-lover and it’s an experience he’s enjoying enormously. “What has surprised me the most coming into the chocolate world is that there are so many fantastic chocaholics all over the world,” he declares enthusiastically,  “and they love the taste, the texture of chocolate. I’ve met so many great people and this world of flavour and taste has opened up to me. It just shows that even though I’m 55 years old and have grey hair, you’re never too old to learn. Discovering this world of chocolate and being allowed to be a part of it, that’s a privilege.”

He’s recently returned from Bolivia and is very excited by what he saw there. “The harvest is just about to finish and the pickers are really improving the fermentation and understanding what we want. Also, they found an island growing wild porcelana beans, so hopefully that’s something we’ll get next year.” For Rasmus Bo Bojesen, the quest to create fine chocolate is on-going and he’s clearly relishing every minute of it. 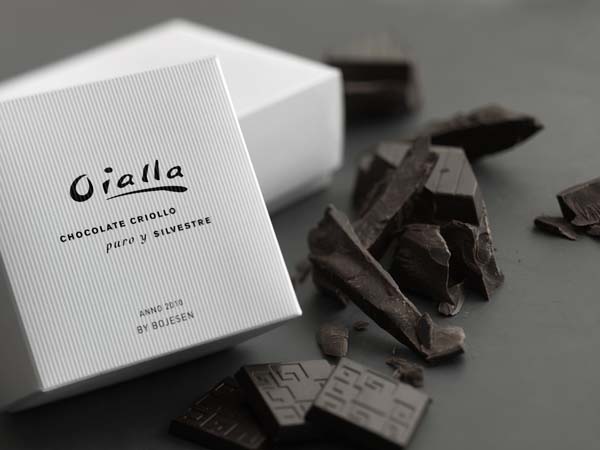 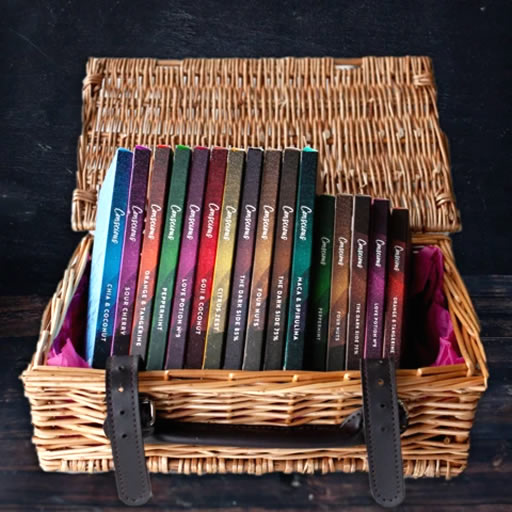